The World is Bound by Secret Knots 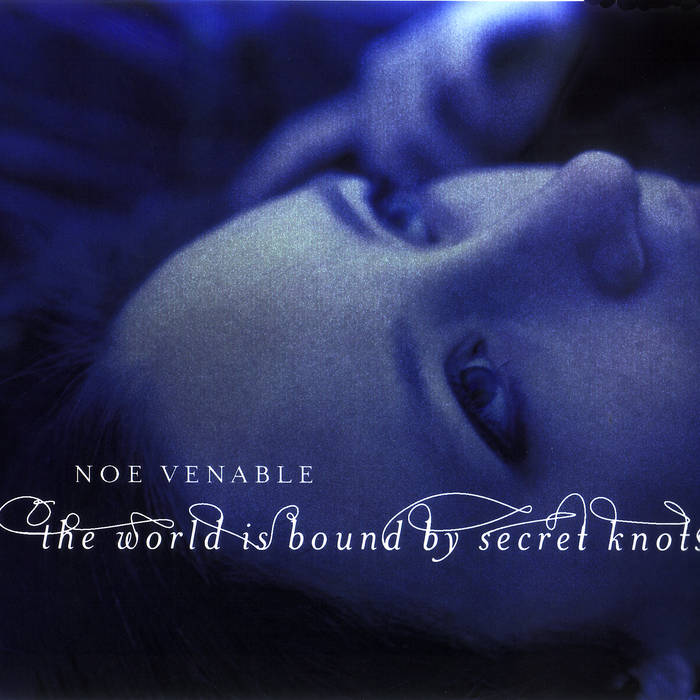 The World is Bound by Secret Knots is haunted. What are its ghosts? A lion, a queen, a girl in a tree. The Black Madonna, “Goddess of strays.” A child turned wild. Throughout runs the theme of incantation– calling on forces stronger than one’s self to help one meet the challenge of the moment, hovering between daring and regret.

The sonic landscape of this album was masterminded by Todd Sickafoose, and features the guitar wizardry of Nels Cline (Wilco), among others.

This album includes many of the songs Noe played while out on the road during her second tour opening for Ani DiFranco.

As I keep trying to tell people, San Francisco’s award-winning singer-songwriter Noe Venable has a ton of talent packed into her tiny frame. That’s likely why Ani DiFranco keeps inviting her out on tour … that, and, like DiFranco, she’s got a wonderfully wacky sense of humor. Venable’s latest album is also her most ambitious, seductive and engaging. With just an electric piano backing her up… on the opening “riverWide,” (Venable) is just playing a trick, starting off with an odd little distraction so that when she unleashes her powers and allure, aiming them at that special spot between your throat and heart, they’ll hit with maximum impact. Swirling and smoky, “Juniper” meticulously melts the mind and haunts the heart. Like most of Venable’s songs, it sounds like it comes from another time and place, a spot in the past that held more beauty and magic than we can presently imagine. With whispered word-speak singing, Venable casts a creepy and curious little spell of a story-song during “Black Madonna,’ throwing in harp swipes as if to remind us that she’s playing a bit. That voice gets smooth and put into a house of mirrors for the following “garden,” and then introspective and subdued on the gentle and soothing “midsummer night’s dream.” Venable has a knack for singing phases so that they immediately and permanently stick to the brain and on “feral,” when she gently shouts, “I got a sister and I got a little brother, and I don’t ever wanna be like them either,” well, I can’t help but repeat the line aloud over and over. In fact, a great amount of The World is Bound by Secret Knots has taken up a comfortable, lasting residence in my mind and this album deserves many more happy homes. Noe Venable may be small, but she should be huge.

-In Music We Trust

The World Is Bound by Secret Knots is Noe Venable’s most accessible and compelling album to date… The new collection of songs sounds as if it could have been inspired by a fever dream… Venable says this record is her most personal collection of songs to date, but her work isn’t that of your typical confessional folksinger. For one thing, it’s not really folk music. Though she does often play open chords strummed on acoustic guitar, it’s where the words and ideas take the songs that makes them distinctive. Venable’s unique point of view emerges in lyrics that can sometimes come across more like allegories than first-person stories. Even when she’s tackling personal or familial issues, as in “Juniper” and “In the Dark,” the metaphors she chooses and the way she twists language remove the subject matter a few steps from personal experience. In addition, the eerie guitar effects and hypnotic loops that haunt the corners of songs such as “Feral” distance Venable even further from the conventional singer-songwriter genre, giving her more in common with Tom Waits and Radiohead than with Joni Mitchell or Bob Dylan.